Why be a monk?

What is a monk? One who strives to love God with all his heart, all his soul and all his mind and all his strength, and to love his neighbor as himself.

Monasticism is the heart of the Christian Church. It is radical discipleship to Christ, taking the Lord at His word in the Scriptures, and striving to live by it in an integral way.

Who can become a monk? Anyone. BUT, that does not mean that everyone is called to it. It is a calling, a charism, a gift. There are no impediments to becoming a monk. But not every community is able to receive everyone.

It is important to remember that monastic life is about striving for Christ. A monastery is not a psychiatric hospital, not a poorhouse, retirement home, group home or halfway house. To use it as such is to abuse it. To try to use it as a means to escape the responsibilities of life, or in order to be taken care of, will only lead to disappointment. This does not mean that the monastery does not take care of the ill, elderly or those in need. Those are important ministries of a monastic community. But to join the monastery to try to escape the necessities of living, working and relating in the world is to come to it for the wrong reason. The only reason to join the monastery is for the love of Christ, and the desire to follow Him.

St Ignatiy Brianchaninov writes that God-pleasing life in the world is the most important preparation for monastic life. This means to fulfill all one’s responsibilities,

and live according to the commandments, working to support oneself, and being merciful to the needy. And, of course, one must go to church, receive the sacraments, and live a life of prayer and fasting.

To join the monastery, on a practical level, one should have all one’s debts paid off. Bankruptcy, for the sake of convenience or laziness, is not an option. It may be best to live close to the monastery while paying off one’s debts, and do whatever it is that will pay them off as quickly as possible, and honorably.

We must battle to overcome consumerism and worldliness while living in the world. The Lord calls us to be “in the world, but not of the world.” If one has children, or ill or elderly parents, one cannot simply abandon them. Their welfare must be seen to. This is an essential Christian duty, which as the Lord tells us, cannot be abolished. It also means that one might have to put off monastic commitment until such issues are
resolved. Those issues have to be dealt with before one enters the community.

One cannot “retire” to a monastery. A monastery is a place of intense struggle, work and constant, demanding effort. Monks often work harder than those who are in the world, with hours per day of services on top of the work load. St Benedict’s motto was “Prayer and work.” We must strive to earn our own living by the work of our own hands. Everyone has to work, to contribute, to share the burden. The difference is that in the monastery, work is sanctified, and work sanctifies us, as our contribution to the life of the whole body. It is a means of serving one another, and of overcoming our selfishness.

Neither can one escape his problems or “issues” in the monastery. In contrast to living in the world, where there are endless distractions to keep us from confronting our problems, emotional and psychological issues, there are no distractions in the monastery. In the monastery, there are no television, movies, radio, newspapers, novels or friends, parties, alcohol or narcotics. There is only the silence, the services, our quiet work, and our prayers. And in the normal course of spiritual development, all our issues come up and hit us squarely in the face.

When to enter the monastic life

The virtually universal consensus of monastic spiritual fathers and mothers is that the younger one enters the monastic life, the better. It becomes harder and harder as one gets older.

In the past, and still in the “old countries,” it was not uncommon for children to enter the monastic life, either with their families or by themselves. Several prominent figures in the Orthodox churches in America became monastics at 11 or 12 years of age: Bp Jovan, Mo Benedicta, Fr Roman. Others entered in their late teens or early twenties.

begun to solidify, and one gets into patterns that will be with him for his whole life. The early twenties are a time of great idealism and energy, while the older one gets, that becomes more and more moderated by experience. After 30, and especially after 35, it becomes more and more difficult. Some spiritual fathers recommend that people in their late 40’s and beyond simply remain in the world, in their own homes, and keep to the rule of life given by their spiritual father, a kind of “white monasticism.” Contemporary Roman Catholic monasteries seldom admit people over 40 or 45.

The old Orthodox tradition of retiring to a monastery is a wonderful thing, if one has resources that one can contribute so that he will not be an undue burden on the community. Still, it will require an enormous adjustment for an older person, who has either been on their own or had a family, to adjust to community life.

To read about the biggest issue for people joining a monastery, the three ways men are called to the monastic life, according to the Fathers of the Church, how you choose a monastery, the distinctive features of Life in Common, the Koinobion, the Way of Spiritual Growth from Psychological Religion to Authentic Spirituality, the three levels of human life: the carnal man, the natural (“psychic” in Greek), and the spiritual man, spiritual healing and various psychological/ psychiatric health Issues, the Monastic Vows and Gospel Virtues: Poverty, Chastity, Obedience and Stability, and a lot more go to Monastery of St. John Articles and read the article in full. 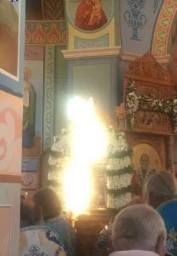 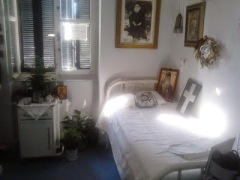 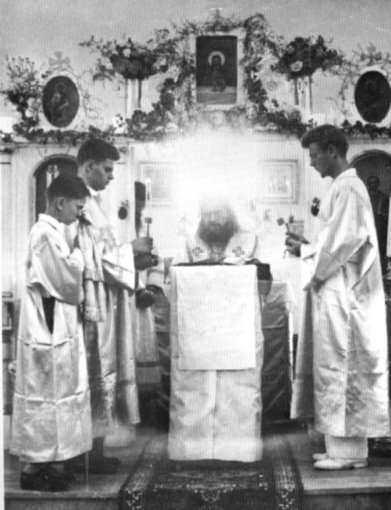