Poetry, Theology, Videos: Orthodox Worship, Conception and the Personhood of the Unborn

Your children are not your children.
They are the sons and daughters of Life’s longing for itself.
They come through you but not from you,
And though they are with you yet they belong not to you.

You may give them your love but not your thoughts,
For they have their own thoughts.
You may house their bodies but not their souls,
For their souls dwell in the house of tomorrow,
which you cannot visit, not even in your dreams.
You may strive to be like them,
but seek not to make them like you.
For life goes not backward nor tarries with yesterday.

You are the bows from which your children
as living arrows are sent forth.
The archer sees the mark upon the path of the infinite,
and He bends you with His might
that His arrows may go swift and far.
Let your bending in the archer’s hand be for gladness;
For even as He loves the arrow that flies,
so He loves also the bow that is stable.

“Before I formed you in the womb I knew you” Jeremiah 1:5

Orthodox Worship, Conception and the Personhood of the Unborn

“If we turn to the Festal cycle, the consciousness of the personhood of the unborn is strikingly manifest especially in three important Feasts: The first is the Feast of the Conception of John the Baptist (September 23) in which we sing: “Rejoice, O barren one, who had not given birth; for behold you have clearly conceived the one who was about to illuminate the whole universe, blighted by blindness. Shout in joy, O Zacharias, crying in favor; truly the one to be born is a prophet of the High!” John the Baptist existed as a human being and a part of God’s plan of salvation from the moment of his conception.

The second is the Conception of the Theotokos (December 9). Here the vesperal hymn proclaims: “Behold the promises of the Prophets are realized for the  Holy Mountain is planted in the womb, the Divine Ladder is set up, the great Throne of the King is ready, the place for the passage of the Lord is prepared . . .” It is notable that both Elizabeth and Anna were advanced in years and barren. Thus they were considered “cursed” in the Jewish tradition where children were a sign of God’s blessing. (Consider that mind-set with our own of today and how God’s Plan is being affected by the hundreds of millions who will never participate in it.)

The quintessential Feast illustrating the Church’s belief of the importance of human beings from the moment of conception is the Annunciation (March 25) which is so important that a Divine Liturgy must be served even when it falls on Great and Holy Friday! The Annunciation Troparion makes a most profound statement:

“Today is the beginning of our salvation, the revelation of the eternal mystery! The Son of God becomes the Son of the Virgin as Gabriel announces the coming of grace…”

This is a far cry from the “pro-choice” rhetoric of “Who knows when life begins?” or the degradation of the unborn by calling him a “blob of tissue” and a “product of conception.”

Can any Christian seriously propose that Jesus Christ was ever a “blob” or an appendage of the Theotokos’s body?

At the Great Compline the hymnography makes this astonishing claim: “…O marvel! God has come among men; He who cannot be contained in a womb; the timeless One enters time…For God empties Himself, takes flesh, and is fashioned as a creature, when the angel tells the pure Virgin of her conception…” This is not sung at the feast of our Lord’s Nativity but at His conception!!! Such concepts as “viability” and “quickening” are utterly withoutmeaning and irrelevant.

Scripture and the Unborn

In the New Testament, consciousness of the personhood of the unborn is clearly manifested. The same word – brephos – is used for the child in the womb as out of the womb unlike modern medical and scientific distinctions of “zygote,” “embryo,” “fetus“ etc. used to differentiate among the stages of pre-natal life. The Latin word “fetus” simply means “little one” and was never intended as a means of denying humanity to the child dwelling in his mother’s womb. A similar pattern of language occurs in the Old Testament as in the book of Job 3:16 in which he refers to: “Infants [gohlal] which never saw the light.”

In Luke 1:41 we find another astonishing image of the scriptural consciousness of the personhood of the unborn: “And when Elizabeth heard the greeting of Mary, the babe leaped in her womb” Here, the unborn John the Baptist recognizes and rejoices at the unborn Messiah – a “fetus” greeting a “fetus.” This is not just a “literary device” as some would insist. It illustrates the narrator’s consciousness of the already existing personality – and Divine calling – of an unborn human being. We do celebrate the birth of John the Baptist, the Theotokos, and the Lord Jesus Himself, but we also celebrate their conception – their entry into time and the physical world – the “fulness of time” as it is called by St. Paul.

A more profound point to this all is that these feasts, especially the Annunciation, point to the Incarnation. By Jesus Christ taking on our humanity from the moment of conception, existing in the pre-natal condition in the womb of the Theotokos, experiencing birth, living through infancy to adulthood, and finally physical death, God sanctified every moment of human existence – from conception to death.

There is more to this – God also completely identifies with us in our fallen suffering nature, and by dying for us on the cross, He expresses His solidarity with us: whether we are a zygote, embryo, fetus, infant, child, adolescent, adult, or elderly: human existence is a continuum from conception, and – yes – beyond death to life eternal in the Lord! Read the rest of the article at “Abortion: An Orthodox Christian Perspective on the Sanctity of Human Life” by Rev. Deacon John Protopapas at https://orthodoxword.wordpress.com/2011/01/29/abortion-an-orthodox-christian-perspective-on-the-sanctity-of-human-life/

“Science Does TOO Know When “Human Life” Begins”. Read more at http://www.nationalreview.com/human-exceptionalism

Watch a disturbing undercover investigative video by Live Action, “What is Human?”, which  probes America’s late-term abortion industry, and reveals chilling admissions from abortionists on the humanity of children in the womb, at https://www.lifesitenews.com/pulse/this-viral-video-is-changing-countless-minds-about-abortion

“Hooverized” is a California High School Expression for an abortion

As for “Reproductive Justice”,  there is absolutely nothing ‘just’ about abortion!

Abortion: An Orthodox Christian Perspective on the Sanctity of Human Life

Each human being is unique creation of God. Each one of us has never been before and will never be again – throughout all eternity each human being who is, has, and will be conceived is unique. The Orthodox Church regards abortion as premeditated murder. As such, She strongly opposes it because God demands the protection of all innocent human life, including that of the unborn child. The humanity (personhood) of that child exists from conception, a scientific fact that has always been recognized and unquestioned in Orthodox theology from the very beginning. Indeed, conception and not birth is the moment of the union of soul and body.

The Early Church – of which the Orthodox Church is a… 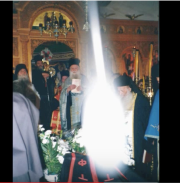 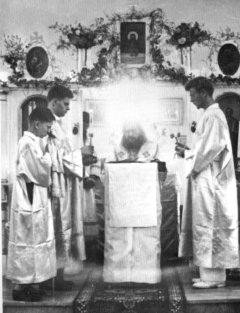 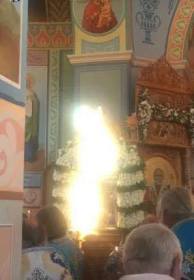 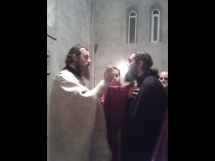 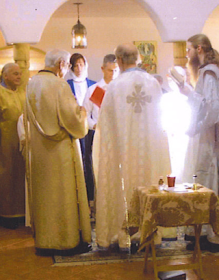