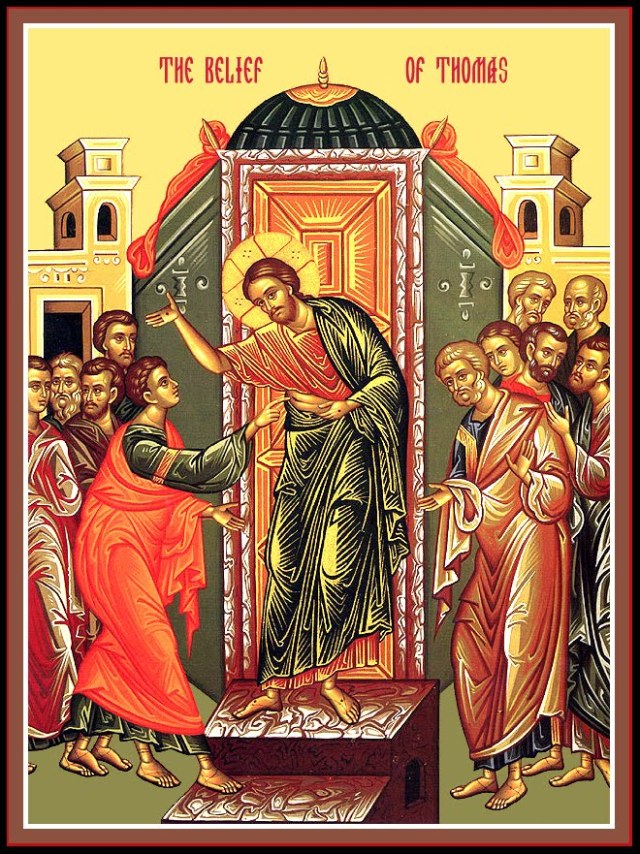 The Assurance of Thomas – Believing not Doubting and Three Conversion Narratives

19 Then, the same day at evening, being the first day of the week, when the doors were shut where the disciples were assembled, for fear of the Jews, Jesus came and stood in the midst, and said to them, “Peace be with you.” 20 When He had said this, He showed them His hands and His side. Then the disciples were glad when they saw the Lord.

24 Now Thomas, called the Twin, one of the twelve, was not with them when Jesus came. 25 The other disciples therefore said to him, “We have seen the Lord.”

26 And after eight days His disciples were again inside, and Thomas with them. Jesus came, the doors being shut, and stood in the midst, and said, “Peace to you!” 27 Then He said to Thomas, “Reach your finger here, and look at My hands; and reach your hand here, and put it into My side. Do not be unbelieving, but believing.”

28 And Thomas answered and said to Him, “My Lord and my God!”

30 And truly Jesus did many other signs in the presence of His disciples, which are not written in this book; 31 but these are written that you may believe that Jesus is the Christ, the Son of God, and that believing you may have life in His name.

We live in a labyrinthine catastrophe of coronavirus. We seek desperately to discover the way out, an exit strategy. In Greek myth Ariadne had a thread to follow, in our holy faith and in truth we have the Risen Christ to rescue us from the caves of Hades. He is the Resurrection and the Life. We see in the icon of the Resurrection how the Risen Lord reaches down into the labyrinth of Hades to raise Adam and all the rest of humanity from death to life. Because of Christ we are able to live, to sleep and to live again in Victory! Jesus Christ has abolished death and the fear of death.

In order to escape the insecurity of our mortality, the fear of death, some seek power and wealth, without success. Others seek to lose themselves in earthly pleasures without satisfaction. The T.V. tries to ameliorate the suffering with a proliferation of food programmes, it offers distractions of comedy, whilst at the same time delivering the grim statistics. The human “panaceas” are to no avail because human aspirations alone do not address the soul, the spirit.

We read in the gospel how Thomas was not there on the first appearance of Christ to His Apostles- he arrives eight days later and his sceptical/ doubting nature is replaced by belief when he sees the wounds of Christ. He sees the wounds!  Christ invites Thomas to place his fingers in the place where the nails were and to place his hand in the wound in His side. The Resurrected Christ bears the marks of the Crucifixion. Thomas is reduced to humble faith“ My Lord and my God!” Often we need to be stripped of our scepticism, arrogance and sophistication and this can only be done by revelation when we meet Christ and experience His power and love.

Beyond the Bible accounts and the Apostolic Era, we can find countless examples of people who have met the Living Lord, who like Thomas arrived at the point of faith in their life, stripping themselves of their pretensions and intellectual pride. 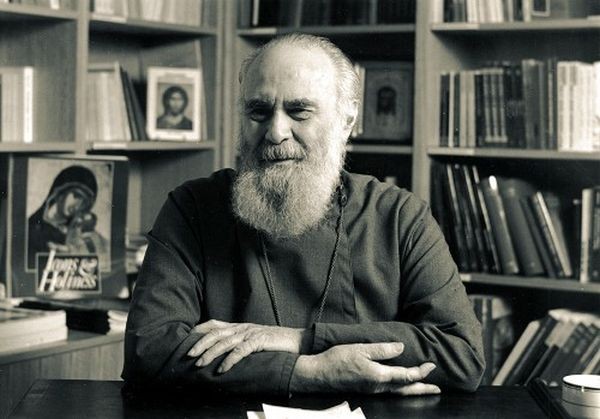 Metropolitan Anthony Bloom whom I was privileged to met in the 1980’s was such a person. As a young man, frustrated with his life, he sat down more in anger and challenge towards God, than in hope, to read St Mark’s Gospel. Before reaching the end of the third chapter of the Gospel, he suddenly became aware that, on the other side of his desk there was a presence and the certainty that it was Christ was overwhelming which never left him. It was a turning point in his life, like the experience that St Paul had on the road to Damascus. Because he encountered the Living Christ he knew from that point onward that he would give his life to Christ. Like St Thomas, Anthony was able to confess there and then “My Lord and my God.” 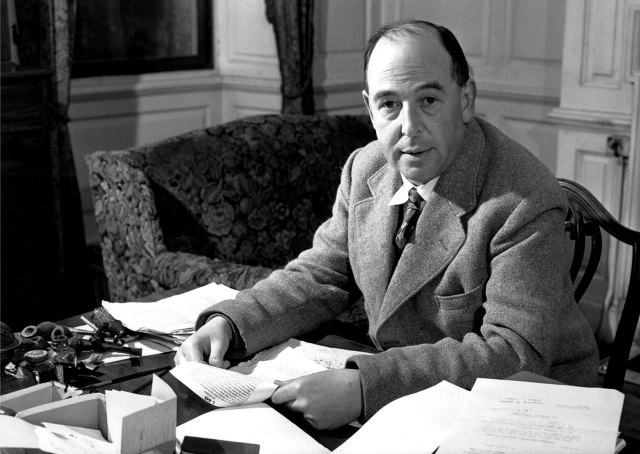 The account of C.S. Lewis’ conversion is equally amazing:

“You must picture me alone in that room at Magdalene( College, Oxford), night after night, feeling, whenever my mind lifted even for a second from my work, the steady, unrelenting approach of Him whom I so earnestly desired not to meet. That which I greatly feared had at last come upon me. In the Trinity Term of 1929 I gave in, and admitted that God was God, and knelt and prayed: perhaps, that night, the most dejected and reluctant convert in all England” (Surprised By Joy, ch.14, p.266).

C. S. Lewis felt embraced by the love of God and experienced an abiding joy:

“I did not then see what is now the most shining and obvious thing; the Divine humility which will accept a convert even on such terms. The Prodigal Son at least walked home on his own feet. But who can duly adore that Love which will open the high gates to a prodigal who is brought in kicking, struggling, resentful, and darting his eyes in every direction for a chance of escape?… The hardness of God is kinder than the softness of men, and His compulsion is our liberation”. 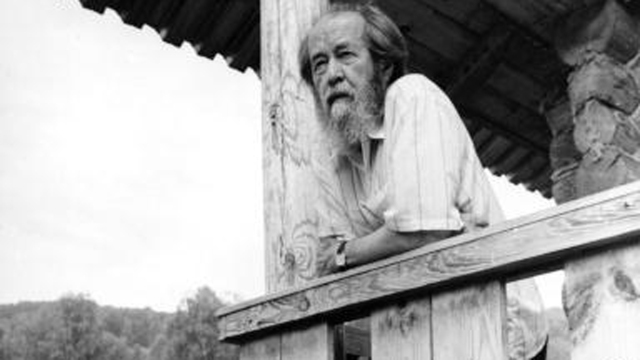 Christ appeared to Alexander Sozhenitsyn who was one of Russia’s finest authors and winner of the Nobel Prize for Literature. Critical of the athesistic Godless state of the USSR in which he was brought up, he was sent to the Gulags but in 1971 he joined the Russian Orthodox Church. During his long eight years spent in the labour camp and during his struggle with cancer, Christ appeared to him. Christ gave him the power and perseverance to stand up to and expose the violence of state persecution.

All three 20th century Christians were able to say: “Christ is Risen!” because they had encountered the Living Lord Jesus. The risen Christ appeared in the upper room with His wounds and gave the Apostles His peace and He gives the same to us today who live behind locked doors. This is not all. Christ bestows upon us Life. We may not have seen the Lord Jesus but we are blessed and we experience His suffering, love and joy. The signs that Jesus did, the appearances that He has made down the centuries are records of witnesses that we may believe.

30 And truly Jesus did many other signs in the presence of His disciples, which are not written in this book; 31 but these are written that you may believe that Jesus is the Christ, the Son of God, and that believing you may have life in His name.

He is Risen Indeed!

2 comments on “Sunday of Thomas and Conversion” 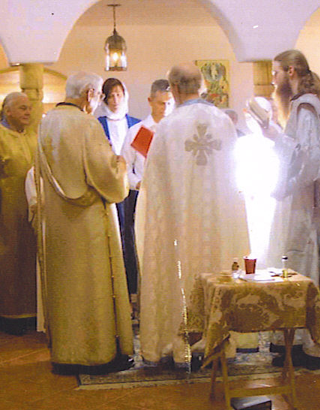 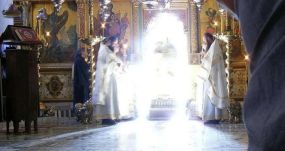 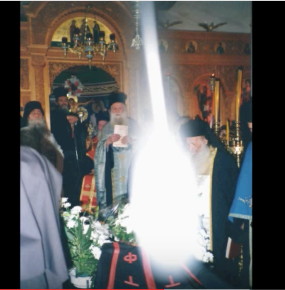 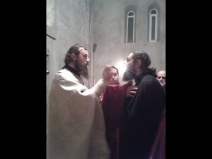 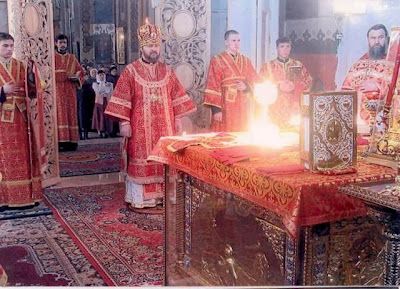 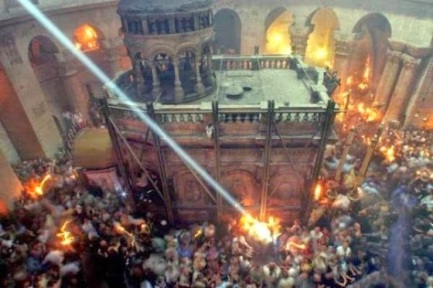 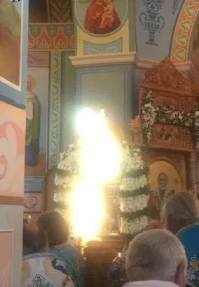 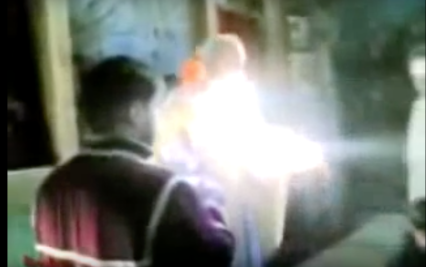 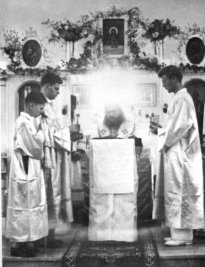 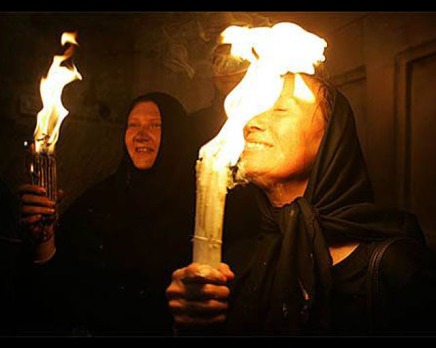