A unlit candle among the burning candles in the candle stand of Vatopaidi Monastery (Mount Athos). Blessed are the humble ones because they have the true light and ceaselessly give it to the others within a burning joy. They feel united with the others, even with the lesser and worst of all people, and for this humbleness God gives them His blessing, his peace.  The proud one prematurely feels the singularity and darkness of hell from this life. Source: The Ascetic Experience

The following is the story that Elder Aimilianos told of his own mystical experience, but he told it in the third person:

“Permit me to tell you [runs the story] about a certain monk I once knew. Just as all of us have moments of difficulty, he too was passing through a very critical period of his life. The devil had cast fire into his brain, and wanted to strip him of his monastic dignity, and make him a miserable seeker of alleged truth. His soul roared like breaking waves, and he sought deliverance from his distress. From time to time, he remembered the Prayer of the Heart, but it resounded only weakly within him, because he had no faith in it. His immediate surroundings were of no help. Every­thing was negative. His heart was about to break. How wretched man becomes when he is beset by problems! And who among us has not known such terrible days, such dark nights, and agonizing trials?

Our monk did not know what to do. Walks did nothing for him. The night stifled him. And one night, gasping for air, he threw open the window of his cell in order to take a deep breath. It was dark – about three o’clock in the morning. In his great weariness, he was about to close the window, hoping to get at least a few moments of rest. At that very moment, however, it was as if everything around him – even the darkness outside – had become light! He looked to see where such light might be coming from, but it was coming from nowhere. The darkness, which has no existence of its own, had become light, although his heart remained in the dark. And when he turned around, he saw that his cell had also be­come light!He examined the lamp to see if the light was coming from there, but that one, small oil lamp could not become light itself, neither could it make all things light.

Although his heart was not yet illumined, he did have a certain hope. Overcome with surprise and moved by this hope, but without being fully aware of what he was doing, he went out into the black courtyard of the monastery, which had often seemed to him like hell. He went out into the silence, into the night. Everything was clear as day. Nothing was hidden in the darkness. Everything was in the light: the wooden beams and the windows, the church, the ground he walked on, the sky, the spring of water which flowed continuously, the crickets, the fireflies, the birds of the night – everything was visible, everything! And the stars came down and the sky lowered itself, and it seemed to him that everything – earth and sky had become like heaven!And everything together was chanting the prayer [i.e. of the heart], everything was saying the prayer.And his heart strangely opened and began to dance; it began to beat and take part involuntarily in the same prayer; his feet barely touched the ground. He did not know how he opened the door and entered the church, or when he had vested; he did not know when the other monks arrived, or when the Liturgy began. What exactly happened he did not know. Gone was the ordinary connection of things, and he knew only that he was standing before the altar, before the invisibly present God, celebrating the Liturgy. And striking, as it were, the keys of both his heart and the altar, his voice resounded above, to the altar beyond the heavens. The Liturgy continued. The Gospel was read. The light was no longer all around him, but had built its nest within his heart. The Liturgy ended, but the song that had begun in his heart was endless. In his ecstasy, he saw that heaven and earth sing this prayer without ceasing, and that the monk truly lives only when he is animated by it. For this to happen, he needs only to cease living for himself.”

An Antidoro from Elder Aimilianos’ many teachings available in print due to the tireless efforts of the Ormylia nuns for the last 23 years after Gerondas receded into silence. More would have survived had not Elder Aimilianos set fire on his own manuscripts decades ago in an act of self-effacing humility before the horrified eyes of his disciples 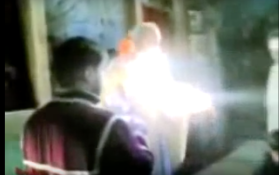 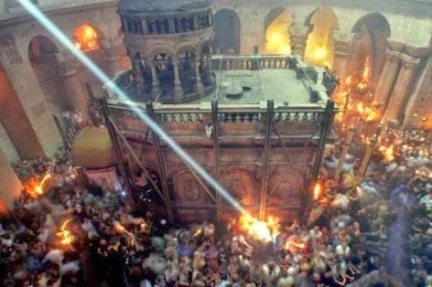 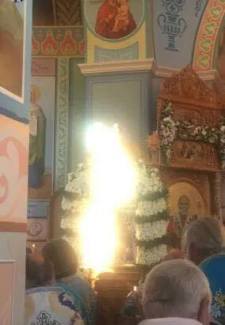 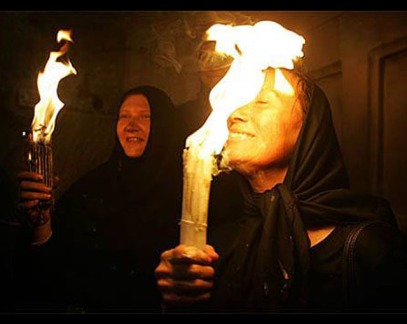 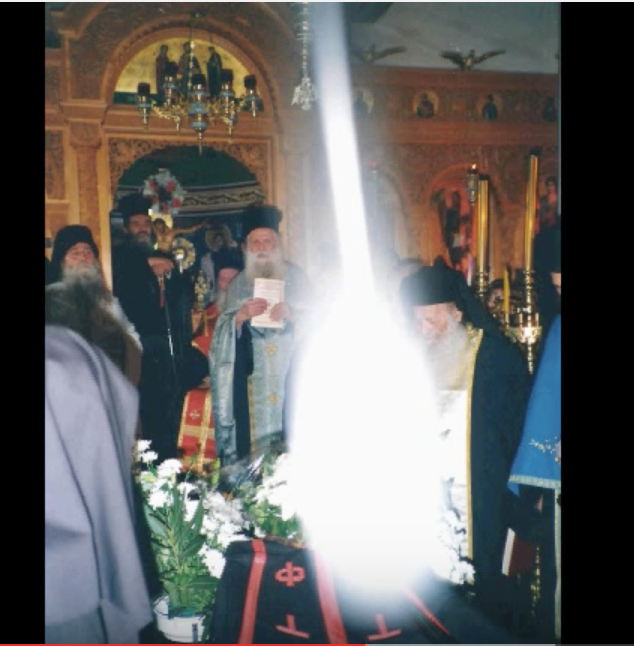