* This is by far the most famous neo-classical sculpture ever commissioned. It was sculpted by Antonio Canova. It was first commissioned in 1787.

*
“What type of love do you mean: Eros, Philia or Agape?”
The man looked at him without understanding a word.
“There are three words in Greek to designate love,” Petrus said. “Today you are seeing the manifestation of Eros, that sentiment between two persons.”

“The two seem to love one another. In a short time they will be fighting alone for life, establishing themselves in a house and taking part in the same adventure: that’s what makes love grand and dignified. He will pursue his career, she probably knows how to cook and will make an excellent housewife because since she was a little girl she was brought up to do that. She will accompany him, they will have children and they will manage to build something together, they will be happy for ever.”

“Al of a sudden, however, this story could happen the other way around. He is going to feel that he is not free enough to show all the Eros, all the love that he has for other women. She may begin to feel that she has sacrificed a career and a brilliant life to accompany her husband. So, instead of creating together, each of them will feel robbed in their way of loving. Eros, the spirit that joins them, will start to display only his bad side. And what God had meant to be man’s most noble sentiment will begin to be a source of hatred and destruction.”

“Notice how odd it is,” continued my guide. “Despite being good or bad, the face of Eros is never the same in all persons.”

Then he continued, pointing to an elderly couple:
“Look at those two: they haven’t let themselves be affected by hypocrisy, like so many others. They look like they are a couple of farm workers: hunger and need have obliged them to overcome many a difficulty together. They have discovered love through work, which is where Eros shows his most beautiful face, also known as Philia.”
“What’s Philia?”
“Philia is love in the form of friendship. It’s what I feel for you and others. When the flame of Eros no longer able to shine, it’s Philia who keeps couples together.”

“And what about Agape?”
“Agape is total love, the love that devours those that experience it. Whoever knows and experiences Agape sees that nothing else in this world is of any importance, only loving. This was the love that Jesus felt for humanity, and it was so great that it shook the stars and changed the course of man’s history.”
“During the millennia of the history of civilization, many people have been smitten by this Love that Devours. They had so much to give – and the world demanded so little – that they were obliged to seek out the deserts and isolated places because love was so great that it transfigured them. They became the hermit saints that we know today.”
“For me and you who have experienced another form of Agape, this life here may seem hard and terrible. Yet the Love that Devours makes everything lose its importance: these men live only to be consumed by their love.”
He took a pause.
“Agape is the Love that Devours,” he repeated once more, as if this was the phrase that best defined that strange type of love. “Luther King once said that when Christ spoke of loving our enemies he was referring to Agape. Because according to him, it was impossible to like our enemies, those who do us harm and try to make our daily suffering all the worse.”
“But Agape is a lot more than liking. It is a sentiment that invades everything, fills all the cracks and makes any attempt at aggression turn to dust.”
“There are two forms of Agape. One is isolation, life dedicated only to contemplation. The other is precisely the opposite: contact with other human beings, and enthusiasm, the sacred sense of work. Enthusiasm means trance, ecstasy, connecting with God. Enthusiasm is Agape directed at some idea, something.”
“When we love and believe in something from the bottom of our soul, we feel stronger than the world and we are imbued with a serenity that comes from the certainty that nothing can conquer our faith. This strange force makes us always make the right decisions at the right time, and we are surprised at our own capacity when we fulfill our objective.”
“Enthusiasm usually manifests itself in all its power in the early years of our life. We still have a strong tie with the divinity and we give ourselves with such zeal to our toys that dolls take on a life of their own and little tin soldiers manage to march. When Jesus said that the kingdom of Heaven belonged to the children, he was referring to Agape in the form of Enthusiasm. The children reached him without paying any attention to his miracles, his wisdom, the Pharisees and the apostles. They came happily, driven by Enthusiasm.”

taken from THE PILGRIMAGE by Paulo Coehlo

“May you never lose your enthusiasm at any moment for the rest of your life: it’s your greatest strength, intent on the final victory. You cannot let it slip through your fingers just because as time passes we have to face some small and necessary defeats.” 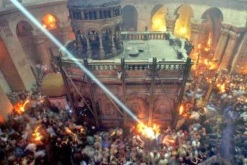 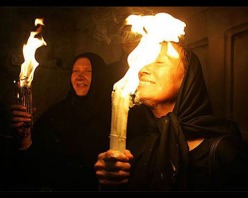 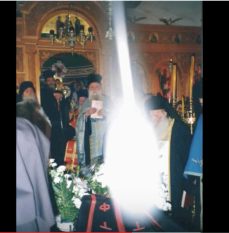 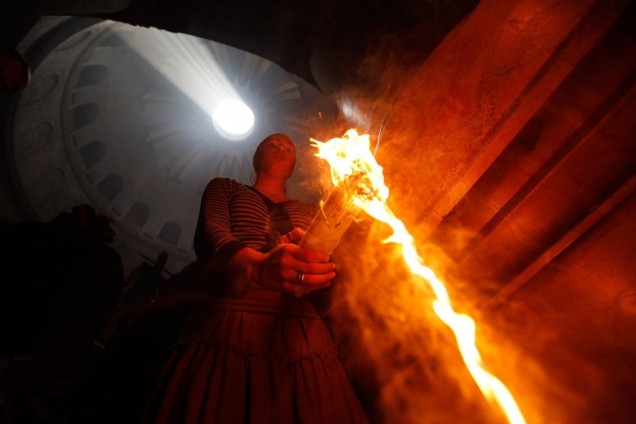