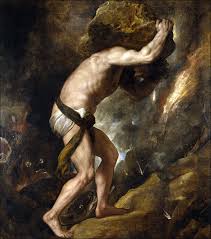 Time as Woundedness and Time as Decay, Growth unto Death.  How do we primarily experience time as fallen beings? Do we experience it as change or, more precisely, mutability, that is, a growth unto death?

First we experience fallen time as constant change or ceaseless movement in a cycle of death that can be seen cyclically in the seasons, which move in a circle like a snake swallowing its tail. Winter follows Autumn and Spring follows Winter just as death follows old age and old age is not the end, for out of our death comes the birth of our descendants. Thus all of time is a perpetual repetition of death since the moment that things come into existence, changing from non-existence into being, they straightway move back again from existence into non-being.

This experience of fallen time is what Pozzo, in Waiting For Godot, expresses when he cries furiously at Vladimir:

Have you not done tormenting me with your accursed time! It’s abominable! When! When! One day, is that not enough for you, one day he went dumb, one day I went blind, one day we’ll go deaf, one day we were born, one day we shall die, the same day, the same second, is that enough for you? [Calmer] They give birth astride of a grave, the light gleams an instant, then it’s night once more.

Second, we experience fallen time as unending desire. Once we desire something it lacerates our whole being until we possess it and our desire for that thing is then satiated until the thing possessed tempts us into some new perversion and the vicious circle begins all over again. Man’s life, then, is like this vicious circle insofar as he is continually turning around while facing his own self like it was a household idol, as The Great Canon of St. Andrew of Crete puts it: “I am become my own idol, and have injured my soul with passions.” Luther expressed this fallen circularity of time well when he says that homo in se incurvatus or man is turned in on himself.

… St. Gregory of Nyssa  has a nice image to convey this hopeless cyclical perpetuum mobile. It is of a man fruitlessly attempting to climb uphill in sand and never making any progress. It is the spiritual life where one’s house is built not on the rock of Christ but on the sand of spiritual illusions:

“He [the passionate man] is like those who toil endlessly as they climb uphill in sand: Even though they take long steps, their footing in the sand always slips downhill, so that, although there is much motion, no progress results from it.”

[Also, remember here The Myth of Sisyphus: The gods had condemned Sisyphus to ceaselessly rolling a rock to the top of a mountain, whence the stone would fall back of its own weight. They had thought with some reason that there is no more dreadful punishment than futile and hopeless labor.]

Third, we see time as decay in memory—Schmemann’s “evil time.” In evil time, we remember the past as perpetually lost like a ghost that must relive its own murder.  Thus we remember continually and cannot change the death of our spouse, our mother, our child, or worse, a moment of humiliation by our spouse, our mother, by us of our own child. We cannot choose our past, for deliberation is a mark of future action in the present, the choice between what we would like to have happened and what actually happened remains only an undying craving for another world, as T. S. Eliot acknowledged: “What might have been is an abstraction/ Remaining a perpetual possibility/ Only in a world of speculation.”(T. S. Eliot, “Burnt Norton”, I, ll.6-8 in Four Quartets).

Each of these faces of fallen time points to our fundamental need, in time, for time’s renewal in Jesus Christ.

For Part V go to https://orthodoxcityhermit.com/2015/12/18/memory-made-clear-and-serene/ 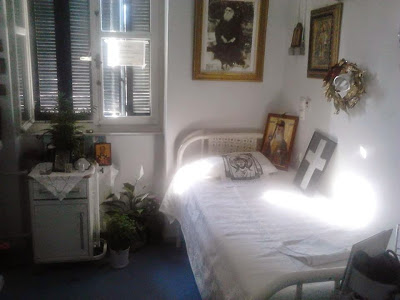 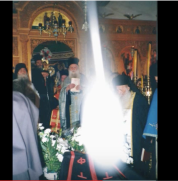 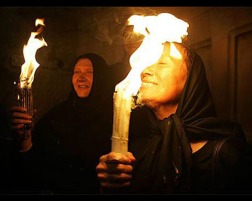 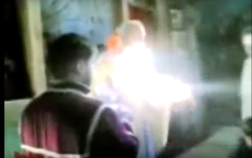 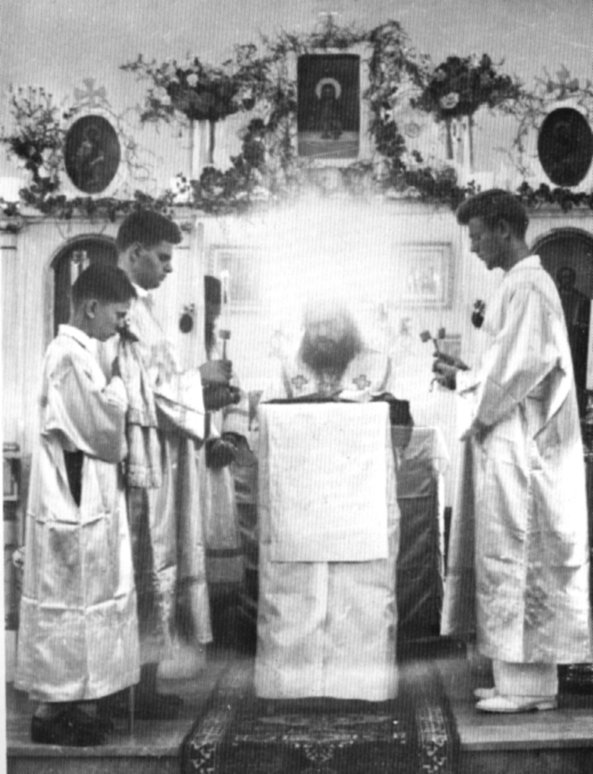