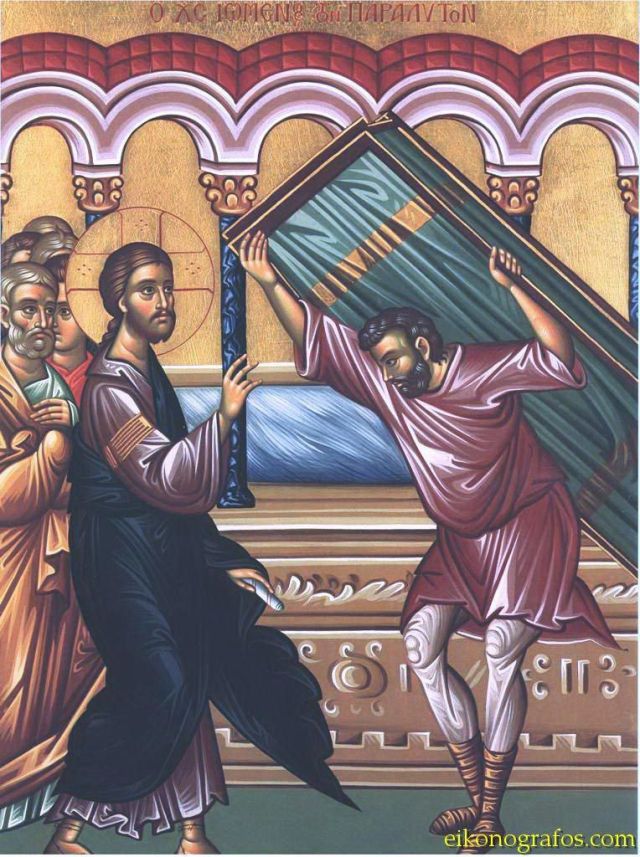 … When Jesus saw him and knew that he had been lying there a long time, he said to him, “Do you want to be healed?” The sick man answered him, “Sir, I have no man to put me into the pool when the water is troubled, and while I am going another steps down before me.”  … Afterward, Jesus found him in the temple, and said to him, “See, you are well! Sin no more, that nothing worse befall you.” The man went away and told the Jews that it was Jesus who had healed him.

“I have no one to put me into the Pool” Let us concentrate on the first four words of this reply the man made to Our Lord’s enquiry:” Do you want to be healed?”

“I have no one…” The Paralytic in today’s Gospel was not only paralyzed but he was lonely, isolated from society, an outcast because of his condition and unloved. No one cared enough to put him into the water but perhaps a few on the way into the temple offered a few coins. He was surrounded by people but he was alone:

” In these lay a multitude of invalids, blind, lame, paralyzed,”

For thirty-eight years he had been on his own by the pool of Bethesda waiting for someone, anyone, to put him into the healing waters when they stirred.” I have no man to put me into the pool.” Loneliness is a terrible disease every much as disabling as being paralysed.

In these days of the pandemic coronavirus, loneliness has become even more apparent. There are many who are elderly or sick who are locked down, living on their own, not being able to see their families. Others are isolated in high rise flats with small children with no garden who also feel paralysed- frightened, unable to move.

We have today the social media which provides us with pathways to build bridges of encouragement, faith and hope. We must try to avoid becoming victims of self-pity which is an inverted form of pride. Instead, we must reach out to those who need our support, to see their need and ask if they require our help. The Holy Apostle Paul expressed the nature of the Church as members of the Body of Christ- 1 Corinthians 12:27.

As the Body, we live individually but inter-dependently of one another sharing joys and hardships, pains and sorrows and in fellowship with the Holy Spirit.

St Paisios wrote in his book “Epistles”: “ The trials that God allows are in proportion  to our tolerance level, but unfortunately many times the mockery and thoughtlessness of merciless people are added on and then we break down. Strong wind usually splits sensitive trees and uproots those with shallow roots, while it helps trees with deep roots to extend deeper into the ground.”

Indeed, putting down deep roots or laying firm foundations can give us a strong base to withstand the storms of life. However, we see in the giant Californian Redwoods which are 30 feet in width, often 3000 years old often soaring over 300 feet into the air another survival technique. One would think that being so tall they would have extra deep roots but instead, they have proportionately shallow roots, choosing rather lateral strength by interweaving and interlocking with their neighbouring trees. The root system is hidden from sight but effective- we may wish to compare this to networking!

Solitude, especially when it is combined with silence, can be a good teacher in order for us to learn by observing and listening more carefully. People are often lonely because they think they are self-sufficient but discover that within the defensive walls with which they surround themselves, they are empty, unfulfilled and in need of God.

As Christians we are not alone, we have spiritual resources to draw upon. One of the roles of the Holy Spirit, the Paraclete, is as the Comforter, the one who stands at our side. We have been given a guardian angel at our Baptism, we have the Most Holy Theotokos and all the saints who continually support and intercede for us- we are surrounded by a cloud of witnesses.  Hebrews 12:1-3

But alienation from God brings separation and separation brings loneliness.

So Christ comes to the man who had been ill for thirty-eight years and He asks:

We must remember that Christ Himself knew what it was to be alone- He went to a lonely place to pray, His disciples deserted Him, He said “My God, my God why have you forsaken me?”  Christ shows understanding and compassion but He will not force Himself on others- He asks us what we want!

The Evangelist John gives particular attention to the place where this took place. For the Evangelist wants us to understand that The Good Shepherd and the One who is  Grace and Truth comes to the Sheep Gate near the pool of “Beth hesda- translated from the Hebrew and Aramaic as the House of Grace (because of the healing that took place there) or Disgrace (since the unclean and outcast were gathered there).

The man is healed and Afterward, Jesus found him in the temple, and said to him, “See, you are well! Sin no more, that nothing worse befall you.”

Christ finds the man is in the Temple precincts- no longer alone, no longer paralysed, no longer an outcast but healed, restored, forgiven. But Christ tells him to sin no more because sin separates us from God and makes us once more lonely.

When Christ comes to us He asks us “What do you want me to do for you?”

We should have an answer.

4 comments on “Homily on the Sunday of the Paralytic” 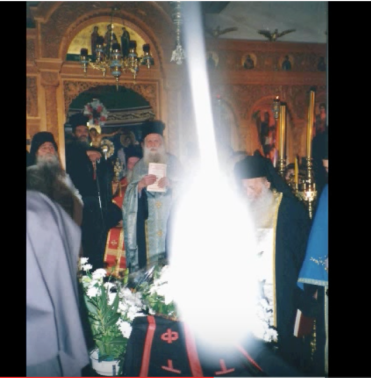 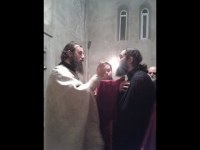