At that time, as Jesus walked by the Sea of Galilee, he saw two brothers, Simon who is called Peter and Andrew his brother, casting a net into the sea; for they were fishermen. And he said to them, “Follow me, and I will make you fishers of men.” Immediately they left their nets and followed him. And going on from there he saw two other brothers, James the son of Zebedee and John his brother, in the boat with Zebedee their father, mending their nets, and he called them. Immediately they left their boat and their father, and followed him. And he went about all Galilee, teaching in their synagogues and preaching the gospel of the kingdom and healing every disease and every infirmity among the people.

In the days before Satnav and Google, on the way to a Church wedding, I was driving my car. The friend in the car in front said: “Follow me, I know the way!”

Well it transpired that he did not know the way and did not know even the correct church where the wedding was taking place. Trying to keep up with him was so difficult, he was overtaking, driving fast, the traffic lights changed and he didn’t wait, and if that was not enough, there were road diversions complicating the journey further. In the end, knowing the priest who was taking the wedding I called him and he gave clear and concise directions to the correct Church. Knowing the way is important, following the right person is critical!

In the Gospel for the second Sunday of St Matthew we read how Christ calls the first disciples. We see how these simple fishermen responded immediately to the call. Such a call was irresistable, courageous on their part and ultimately life changing for them. Christ does not choose the learned scholars and philosophers of His day who are wise in their own eyes but countrymen who knew what hard work involved. They possessed an appetite for common sense, a shrewd judgment, a forthright spirit and sound application to the task. These fishermen, “am ha-aretz”( people of the land) become all wise not because of their intellect but because of their will to follow and accompany Christ in His mission.

Follow me! I recall at University having to learn the Greek verbs for the New Testament. The Greek verb akoloutheo ( to follow) occurs over 80 times in the New Testament. It is one thing to believe in Our Lord Jesus Christ, it is another to follow Him. Someone on interview, was asked what leadership skills they had? The person answered “Well I’m not sure about leading people, but I am a quick learner and a good observer.” Christ invited and called many others to follow Him, some obeyed the call, others like the rich young man could not. He has called us. It is relatively safe to believe in Christ but following Him intrudes on our time, our lifestyle and our will.

The problem today is that not many people know where they are going, so they follow their own inclinations, whims, passions and amusements. Our Lord knew where He was going, to the bosom of the Father and He wanted to take others with Him. He came to lead us to heaven. The world has many would be leaders but their way is confused and compromised by their ideology by materialistic values and by a wong destination. “The road to hell” is is said, “is paved with good intentions”. Hell is full of good meanings, but heaven is full of good works.”Only Christ knows the Way to the Father because He is the Way the Truth and the Life.

Before Peter and Andrew, James and John could become leaders and apostles they first had to be followers and disciples.  Christ says to them “I no longer call you servants but friends.” God has called us to follow Him but like the lost sheep we offer wander off and go our own way. Without the will to follow we can become self satisfied, calling ourselves Christians in name only, doing our own thing. We become nouns rather than verbs.

“Not he who says Lord, Lord (noun) will enter the Kingdom of Heaven, but he who does ( verb) the will of my Father in heaven.”

We may not consider ourselves worthy of this calling and we may fall into despair when we fall into sin, both of which are tricks of the evil one. Was Saul the persecutor of the Christians worthy when he was called? Was Simon Peter worthy when he denied knowing Christ? It is through God’s mercy, forgiveness and grace and our repentance, that we are made worthy. God’s love is so all-searching that He chooses the weak, the misfits, the eccentrics, the poor, the outcast to do His will. At an ordination of a priest, the Bishop will cry out “axios” (worthy) and the people are invited to reply “axios”! The priest is not worthy in and of himself, no one is worthy before a Holy God but Christ releases the potential in us and equips us for the ministry He has chosen for us:

11And He Himself gave some to be apostles, some prophets, some evangelists, and some pastors and teachers, 12 for the equipping of the saints for the work of ministry, for the edifying of the body of Christ, 13 till we all come to the unity of the faith and of the knowledge of the Son of God, to a perfect man, to the measure of the stature of the fullness of Christ;

We do not follow Christ by our own power but with the power of the Holy Spirit. The young man I was following in my car to the wedding did not know the way but thanks be to the Father, Christ the Bridegroom is in the driving seat to bring us to the great Wedding Feast.

We are called to be members of the Body of Christ. Whether we are “casting our nets in other directions” or “mending our broken ones”, Christ wants us to follow Him. He will not abandon us because He is the good shepherd Who looks after the lost.

Luke 14:15-18; The Parable of the Great Supper: Now when one of those who sat at the table with Him heard these things, he said to Him, “Blessed is he who shall eat bread in the kingdom of God!” Then He said to him, “A certain man gave a great supper and invited many, and sent his servant at supper time to say to those who were invited, ‘Come, for all things are now ready.’ But they all with one accord began to make excuses.

I rang your door bell but there was no answer.

I rang the Church bell but you decided to stay in bed.

I e-mailed you but there was no response.

I texted you but you were busy.

I put it on Facebook(!) but it just provoked an argument.

I put posters up but you did not like the design.

I advertised in the local press but you only looked at the headlines.

I called you but it went to recorded message.

When you were a baby your God parents brought you to Church to be baptised.

When you die your friends and family will bring you to Church for your funeral.

When are you going to accept the invitation for yourself?

So what is missing from CH_ _CH?

“Christianity, if false, is of no importance and, if true, is of infinite importance. The one thing it cannot be is moderately important.” — C.S. Lewis “God In The Dock” 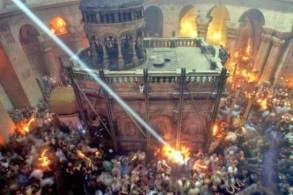 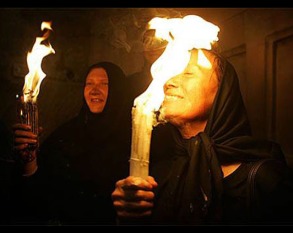 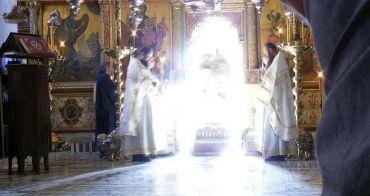