Some years ago on an excursion to London, I visited an exhibition at the British Museum entitled “Treasures of Heaven.” In it’s own way it was impressive. One could only wonder at the beauty of exquisite craftsmanship, but the collection of precious reliquaries drawn from around the world was a display of ornate but empty vessels.

Later, I felt a similar disquiet visiting the Victoria and Albert Museum in South Kensington at the amount of Church artefacts in a particular part of the museum. It seems that people were visiting and viewing holy items as if they were no longer to be found today within a living community but were things belonging to the past.

One gallery had scenery built in the form of a Church. It was filled with onlookers but empty of prayer and worshippers; they were interested observers, following a commentary with an audio guide.

A short walk from the V&A Museum is the Russian Orthodox Cathedral. As soon as I  stepped into the Church-the lingering fragrance of incense charged the air. Entering into this Temple of living tradition one felt immediately the atmosphere of prayer, the peace and presence of Christ, His Mother and the Saints. I was able to venerate the holy Icons. I was no longer in the barren desert of history but was drinking from spiritual and living waters of the eternal present. God is glorified in His saints!

Acts 5:15
so that they brought the sick out into the streets and laid them on beds and couches, that at least the shadow of Peter passing by might fall on some of them.

Ephesians 5:30
For we are members of His body, of His flesh and of His bones.

A key that unlocks,

In a fragrant box.

To strengthen a prayer

A transport of motion

From heaven to save

That blesses the grave.

“True faith is found in one’s heart, not mind. People who have faith in their mind will follow the antichrist. But the one’s who have it in their heart will recognise Him.”

One comment on “The Coronavirus Diary of a Joyous Pustinik — 42” 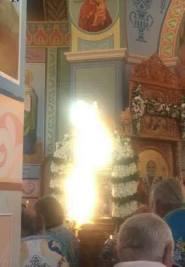 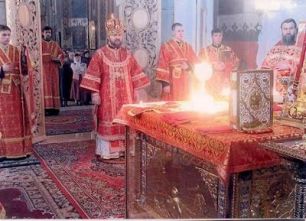 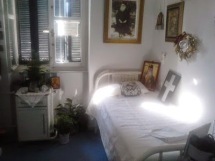