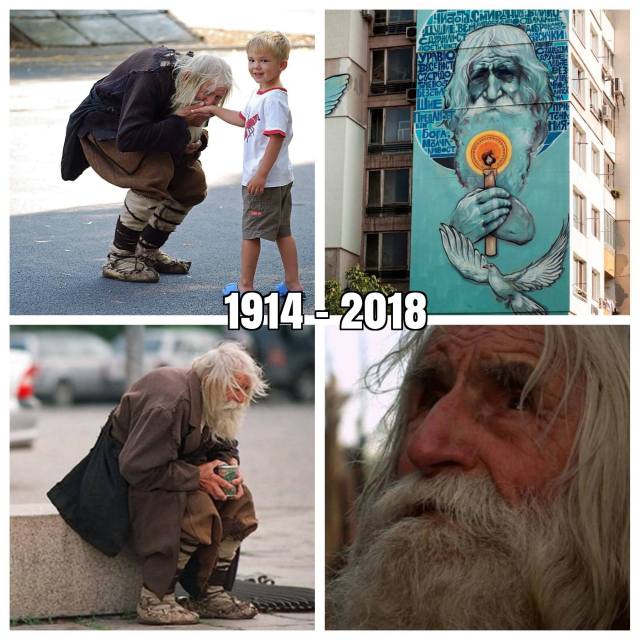 Elder Dobri is the subject of a 2015 documentary, “The Silent Angel,” which features interviews with his family, relatives, and friends, and also with Bulgaria’s last King and former Prime Minister Simeon Saxe-Coburg-Gotha.

An icon of charity, Dobri Dimitrov Dobrev,  was born on July 20, 1914 in the village of Bailovo. His father died in World War I and his mother raised the children. He married in 1940, when Bulgaria was participating in the Second World. A shell fell near him during one of the bombings in Sofia, depriving him of nearly all his hearing. He had four children with his wife, two of whom he outlived.

Over the years, the elder became more and more detached from the material aspects of life, devoting himself entirely to the spiritual life. Around the year 2000, he donated all of his belongings to the Orthodox Church and began living in a small and modest addition to the Sts. Cyril and Methodius Church in his native village. It is also about that time that he began to collect money towards the restoration of churches and monasteries throughout Bulgaria.

He came under the spotlight when it was revealed that for years he had walked more than 12.5 miles to reach Sofia from his home in the village of Bailovo to beg for money and then donate it for charity.

After spending years at the entrance of the Alexander Nevsky Cathedral, with a plastic cup in his hand, he collected about BGN 40,000 ($24,700 today) for the cathedral in Sofia, BGN 10,000 ($12,350 today) for the Sts. Cyril and Methodius Church in Bailovo, and BGN 25,000 ($31,000 today) for the restoration of the Eleshnishki Monastery of the Mother of God located to the east of Sofia, and the local church of the Gorno Kamartsi village.

His spirit of utter selflessness and sacrifice earned him the popular title “The Saint of Bailovo.”

Yesterday, Elder Dobri Dobrev (Grandpa Dobri), reposed in the Lord. He was 103 years old. He reposed at the Monastery of St. George in Kremikovtsi, to the northeast of Sofia.

2 comments on “The Silent Angel” 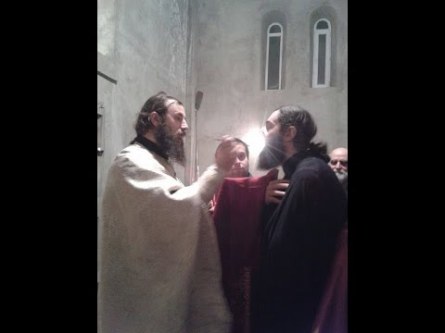 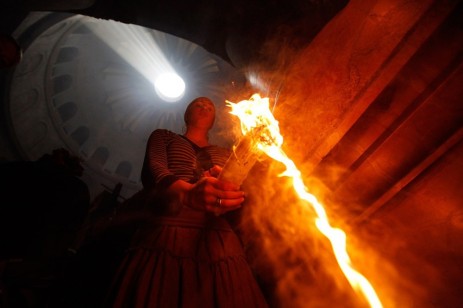