My Journey to Eastern Orthodoxy: Part One

“Do you believe that Jesus Christ was the only begotten Son of God, who died for your sins, was buried and rose again on the third day?” The Reverend’s voice echoed against the tile baptistery. The water was cold.

“I baptize you in the name of the Father, the son, and the Holy Spirit.”

The Reverend’s voice disappeared as I sank beneath a sea of pain. The water entered my nostrils and I gagged. I choked. Coughed. Gasped for air.

Washed in the water of life. Surrendered to the eternal. Dead and buried with Christ. Yes, I did believe, but…

I emerged from the water of life, coughing and spitting. The water hid the tears of one who sought surcease of sorrow. Raging hatred. Rebellious angels tormented me as they revealed the evil that yet remained within my soul – that part of me which would remain apart and alone.

Thus I was baptized into the First Christian Church (Disciples of Christ), a mainline Protestant denomination. Although the Disciples of Christ movement was started by a couple of dissenting Presbyterian ministers in the early 1800s, the church claimed to be based on first century New Testament faith and practice. I attended Sunday school, memorized Bible stories, and sang in the choir, but as I grew into my teen years, I began to feel like something was missing.

Although I appreciated the basic message of believing in God and being good, I felt like I was just skimming the surface of Christianity. Where was the power and mystical experience described in the New Testament? Protesting against my Protestant upbringing, I experimented with all kinds of self-help programs, occult practices, and other religions including Buddhism, Hinduism and New Age spirituality. I meditated, chanted, practiced self-hypnosis, yoga, and Tai Chi. I read the Bhagavad Gita, the Tao Te Ching, The Lotus Sutra, Autobiography of a Yogi, and countless other spiritual texts.

Like the Prodigal Son, I eventually found myself lost in a moral and spiritual wasteland, desperately alone in the darkness. I was like a dead dog lying on the road of life when the light of grace shined down upon me and turned my heart toward Christ. I picked up the Bible and read it from cover to cover several times, recognizing that the resurrected Lord Jesus Christ was real and ever present. Glimpsing the light of grace, I experienced a deep healing and recovery, which led to turning my life around. But without clear guidance, my spiritual life meandered through various denominations and ways of worship, including Assembly of God, Calvary Chapel, Reformed, and “nondenominational” evangelical mega churches. 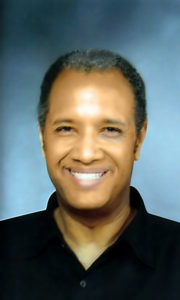 As a Protestant I had been taught that original Christianity had disappeared or been corrupted soon after the time of the Apostles. The “true church” did not reappear until the time of the Reformation in the 1500’s. Subsequent movements claimed to have the most correct interpretation of the scriptures as they argued over pre-tribulation raptures, pre-millennialism, predestination, and other controversies.

As I bounced between various denominations, I judged the sexual and financial scandals that plagued the televangelists and mega-church leaders, while justifying my own moral failings. Doomsday prophets cashed in on end-times hysteria with ever-changing dates for Christ’s return. As preachers fell and prophecies failed, my faith wavered. What happened to the church?

Although my confidence in organized religion was diminished, I still believed in God and Christ. But how could I connect to the one supreme God with so many contradictory paths leading in opposite directions? Enough was enough.
I was done with all these churches and their false teachers. I began to refer to denominations as “demons-in-nations” and I finally gave up man-made religious organizations altogether.

I became “spiritual but not religious,” which meant that I would just pick and choose whatever beliefs “resonated” with me at the time. Free from any sectarian dogmas, I began practicing silent prayer and meditation, reading the Bible on my own and studying 17th century Christian mystics, especially George Fox and the early Quaker writings. Perhaps I had finally found the true path, I thought, as I sat alone in silent stillness, waiting on the Lord. But how would I know that the inner guidance and insights I received were any more than delusions or vain imaginations? After five years of silent waiting, praying, and seeking the inward light, I realized I was still wandering in the wilderness alone.

I continued reading the work of more spiritual teachers like Eckhart Tolle, Krishnamurti, Vernon Howard, and George Gurdjieff. Much of what they said sounded true, but who could I really trust? My skepticism skirted toward the brink of atheism as my desperation sank into despair. What if the whole universe was just a random chaos of matter in motion? How could I restore my waning faith? I prayed for a sign from on high.

Celebrating our seventh wedding anniversary on Memorial Day in 2016, my wife and I leaped out of an airplane at 18,000 feet over Monterey Bay, California. Tumbling head over heels toward the earth, falling, floating, fearless motion blended into stillness as I let go of every thought and feeling, melting into the ever-present moment. Trusting in a safe landing on solid ground took a great leap of faith.

I didn’t know that I was about to take another leap, a leap of faith, that would make skydiving look easy.