Huts of the hermits at Karoulia (Athos)

A poem, the Desert Fathers, C.S. Lewis reflection and The Invisible Naked Ascetics of Mount Athos

I live in an old stone faced terraced property, built in the 1850’s. Yesterday morning as I was cleaning the bay windows at the front of my house, I thought to myself: “the Victorians knew how to build things to last.” Some would argue that the Victorian period was the golden age of engineering and architecture in Britain. Even though my house is small and the consequence of a vast building programme because of the industrial revolution, it is built on firm foundations.

Jesus said to them, “Have you never read in the scriptures:

The stone which the builders rejected

Has become the chief cornerstone,

This was the Lord’s doing, and it is marvelous in our eyes.”

The Builder laid the living stones carefully and correctly;

Having mixed the cement of love, every stone had its special place.

Each was uniquely chosen and equipped

To support its neighbours of the human race.

There were apostolic and prophetic stones in the foundation.

They formed the base and shape of the temple.

Unseen, these sustained the saintly stones;

For the purpose of separation.

There are others who build Churches

The Father is building a Palace

No mortgage required and no loan,

for us to live free in His mansions

With Christ as the Chief Cornerstone.

“Imagine yourself as a living house. God comes in to rebuild that house. At first, perhaps, you can understand what He is doing. He is getting the drains right and stopping the leaks in the roof and so on; you knew that those jobs needed doing and so you are not surprised. But presently He starts knocking the house about in a way that hurts abominably and does not seem to make any sense. What on earth is He up to? The explanation is that He is building quite a different house from the one you thought of – throwing out a new wing here, putting on an extra floor there, running up towers, making courtyards. You thought you were being made into a decent little cottage: but He is building a palace. He intends to come and live in it Himself.”

Two old men lived together for many years and they had never fought with one another The first said to the other, “Let us have a fight like other men.” The other replied, ”I do not know how to fight.” The first said to him ”Look ,I will put my brick between us and I will say: it is mine; and you will reply: no, it is mine; and so the fight will begin.” So they put a brick between them and the first said,” This brick is mine,”and the other said,” No it is mine.”And the first replied, ”If it is yours ,take it and go.” So they gave it up without being able to find a cause for an argument.

Saying from The Desert Fathers 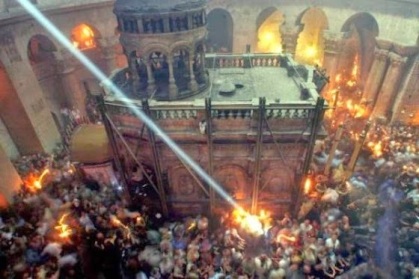 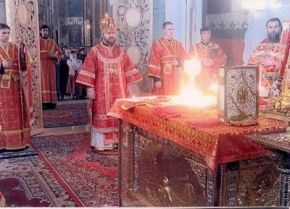